Counting 31 weeks of pregnancy already. As you can see in the sidebar, the countdown shows there are 63 days left till due date. Still sounds like a long way to go, but who knows? Time flies!

We have great news. On Monday I received a phone call. The apartment we really liked, was still available. If we were still looking for a place? Hell yes.

Funny thing is, a week before they already told us the owner picked other people. Luis saw it as a lost case, even though I told him I didn’t accept the message and it would still be ours one day.

Next week we can sign the contract and ultimately the 19th of April we can move into our own place. Funny fact, in our seven months marriage, we only have lived together in an apartment that was ours for one week.

Even though settling down is not our dream, we are looking forward to finally being able to make our baby room ready.

Yes, we have 63 days to go and still no baby room! In the mean time we collected all that’s necessary, but an actual room is still needed.

Last Saturday we went to Amsterdam again. We organized a meet up with people who were interested to listen to our stories and get inspired. It was an amazing day, we met very cool people and had a lot of fun. I really enjoyed talking to everyone. Even though everyone has a different story, with slightly different dreams. In the end we are all quite the same. Dreaming of a world with more freedom and less restrictions, like depending on working for a boss. 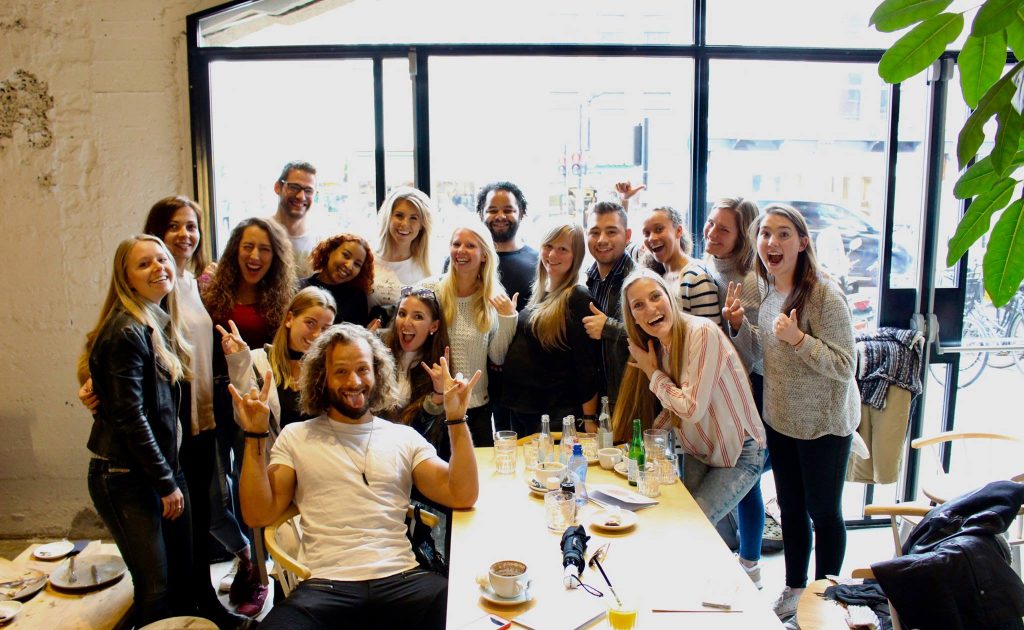 After the meet up, we went to the Food halls. I’ve never been there and always wanted to see them, so that was a big bonus. We ended the day with coffee and a mastermind session at a coffee shop. Not a typical Dutch coffee shop, but one that actually has coffee and cakes ;-).

On our way back I wasn’t lucky with the toilets. With the baby weighing heavier on my bladder, the time in between toilet stops is somewhat restricted. Unfortunately the toilet in the train had pee all over it and no toilet paper. In the next train I also got bad luck. This made me decide to go on the train station at home, you need to throw a 50 cent coin in it in order to open the door. Bad luck! This one even had number 2 all over the toilet.

Good thing my bladder survived the 15 minute walk home after having held up for a long time. Also the train company transferred the 50 cents back to my bank account after a tweet with the picture, lol.

But this might influence our decision on taking other trips in these last weeks of pregnancy. I’d rather not arrive at the point I need to do my favours somewhere in the bushes. It’s a bit harder to squat with a heavy weight on your belly!

My aunt, who lives in France, came to visit this week. She needed to arrange some paperwork and had a delivery to make. We decided to use my old crib and cabinet, which were still standing at her place, from having served to my cousins as well. It’s very cool to use our own crib and be able to ‘pimp’ it a bit, so it will look cool again. 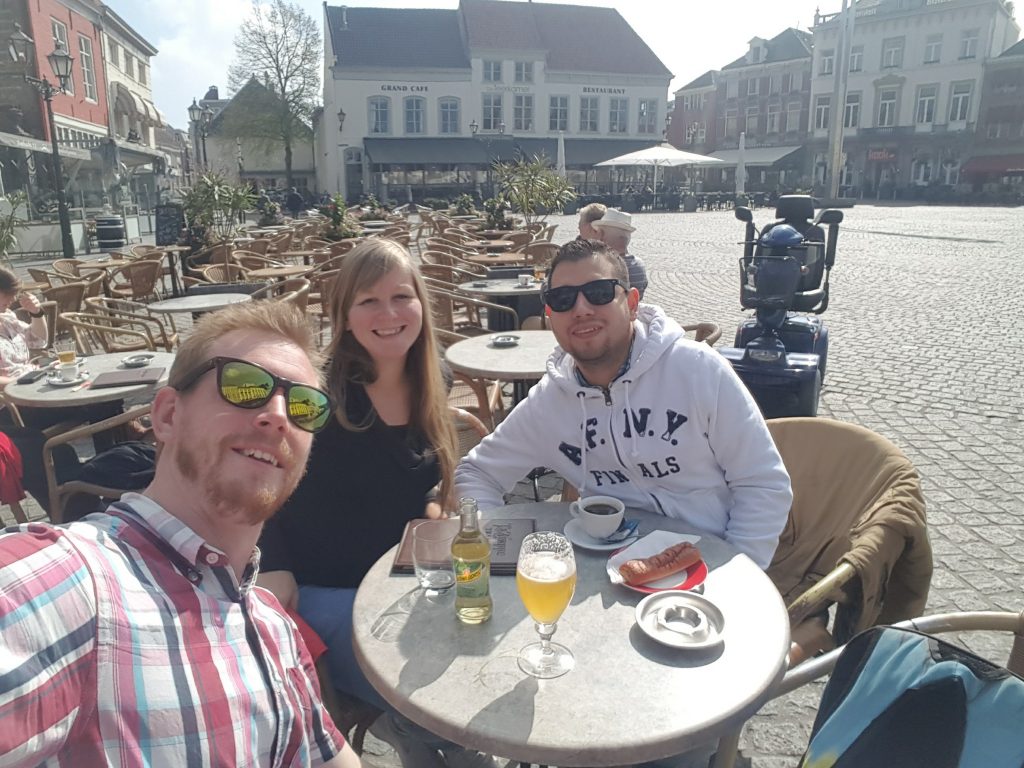 Another visitor was Victor. A friend whom weâ€™ve met in Lyon. He signed up for another season at the company I worked for and was leaving this week, so we wanted to see each other before his new adventure. The day suddenly became really nice, the sun began to shine and we could sit outside. Victor was witness of the phone call as I described above.

It’s funny how new people in our lives have been close witnesses of our huge life changes in the last year. Making it feel as if we donâ€™t stand alone and there are more people involved in our situation.

For this reason we choose to share our pregnancy on our blog. Everybody interested in the pregnancy, can feel involved and stay up to date. We hope you like it!

Next week we will have another ultrasound and sign the contract of our apartment.

30 weeks pregnant How to travel on a budget