What to eat in Prague

When Luis and I were going to Prague, we expected a beautiful city, and beer. To be honest, we didn’t expect much of the Czech cuisine. So, when we arrived our first question was: what to eat in Prague? I can say we were pleasantly surprised!

We did a bit of a research, inspected the menu’s of both local and more touristy restaurants and picked our favorites to share with you. I wrote the names in Czech, so that you’ll recognize them on the real Czech menu. In the description you’ll find what it means.

Probably almost every dish will be served with dumplings, made of bread or potato. It’s a side dish like the standard rice or potatoes, but then steamed and pressed into a form. What I loved about them, is that you can dip them in the sauce or gravy of your dish. 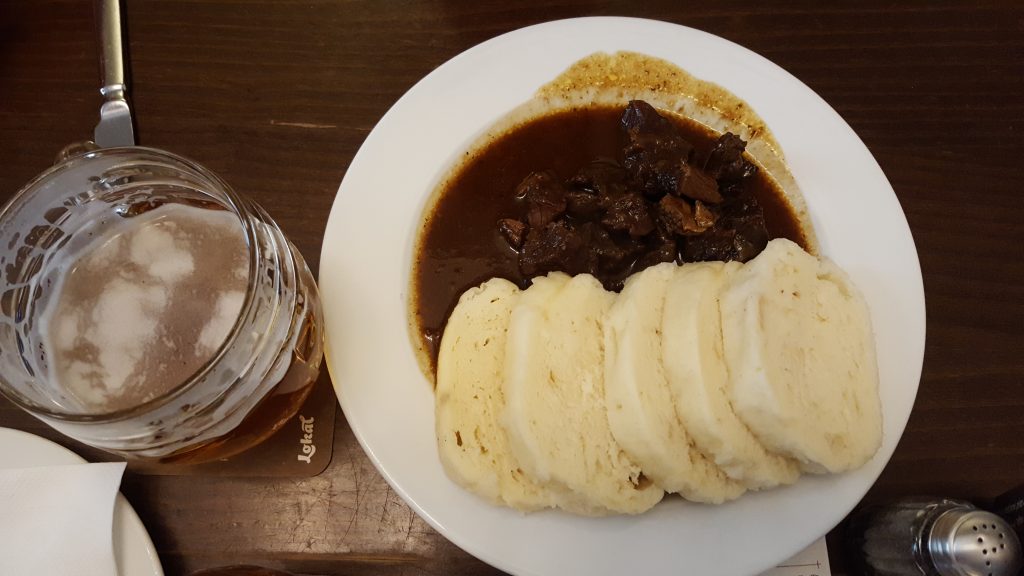 A rather simple meal of fried soft cheese, which can be surprisingly good. Imagine a thick slice of cheese covered in breadcrumbs, then deep fried. Served with tartar sauce and a side dish, like potatoes or fries. 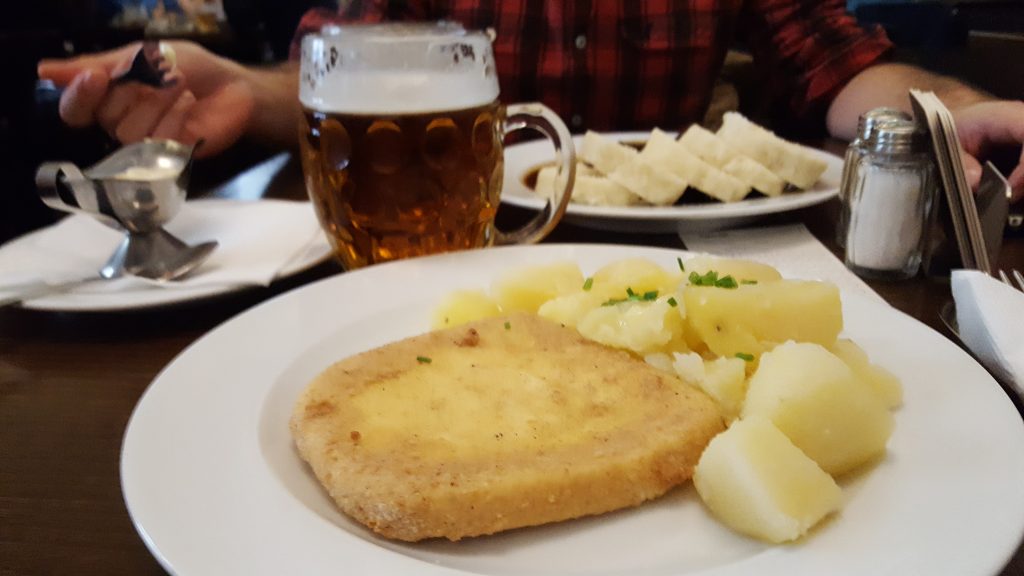 Our absolute favorite! Beef sirloin in cream sauce, served with bread dumplings, cranberries and sometimes a jot of cream. The dish offers a true harmony of flavors, and will make you want to lick your fingers – and your plate. In the few days we’ve been in Prague, we’ve ordered this one a couple of times. We’re also looking for the recipe, but I’ve only found it written in Czech. If anyone knows how to prepare this dish, could you please help us out with a recipe? Would be very much appreciated! 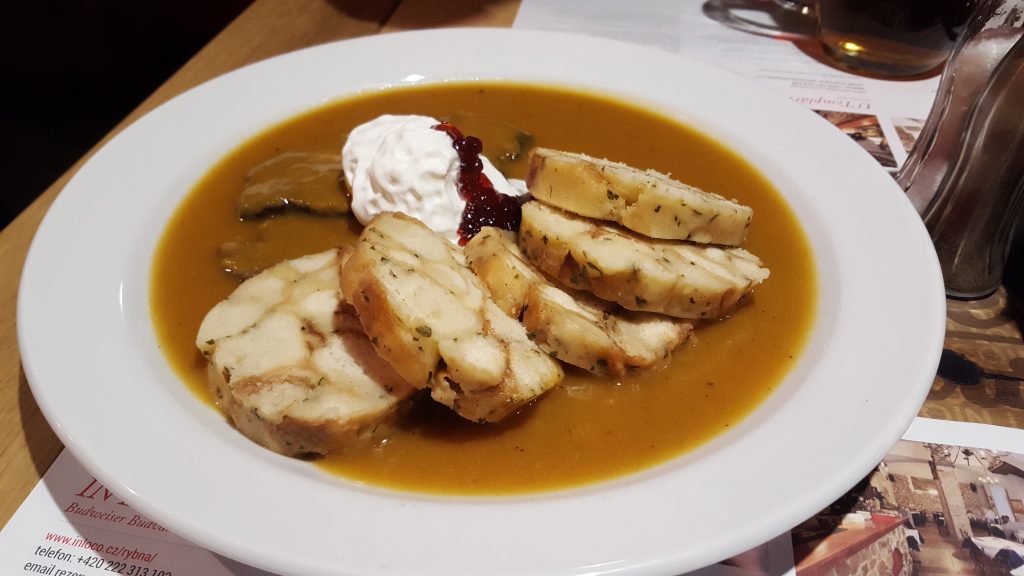 Pickled cheese. As a huge fan of cheese, I can’t leave this one out of the list. It’s a pub food, so a great companion when you’re drinking a nice cold beer. The cheese is soft, like brie or camembert, and marinated with peppers and onion in olive oil. 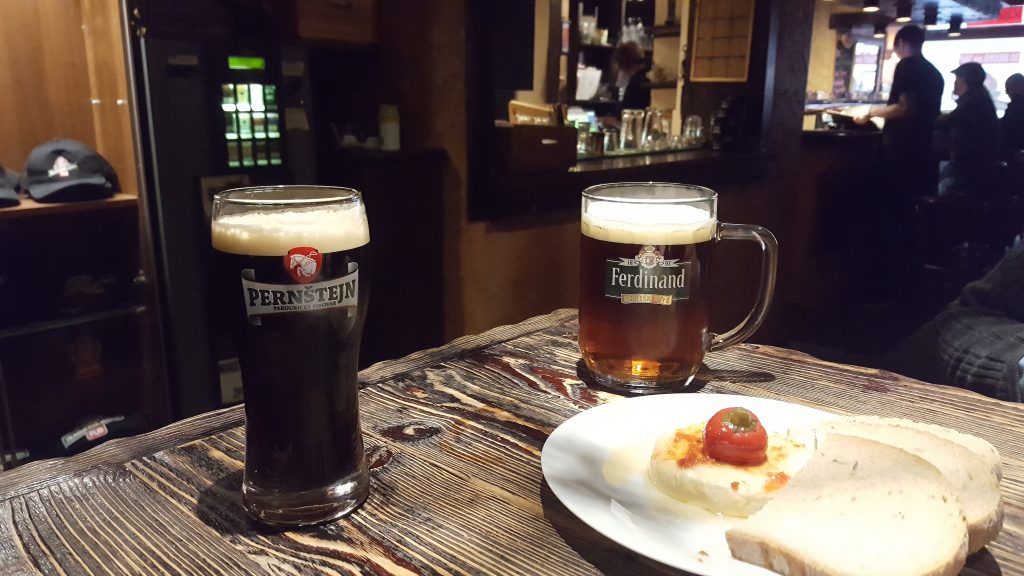 A huge chunk of meat, the pork knee. Pork is the most consumed meat in the Czech Republic. The one Luis ordered was 800 gram, which sounds a lot worse then it is. They usually get served the way a true carnivore will appreciate: with the meat still attached to the bone. This also means it weighs a lot more than what you will actually eat. The meat is tender, juicy and just slips off the bone, and the skin is crispy. Meatlovers heaven! Together with a big jar of beer you’ll be enjoying like a true cavemen. 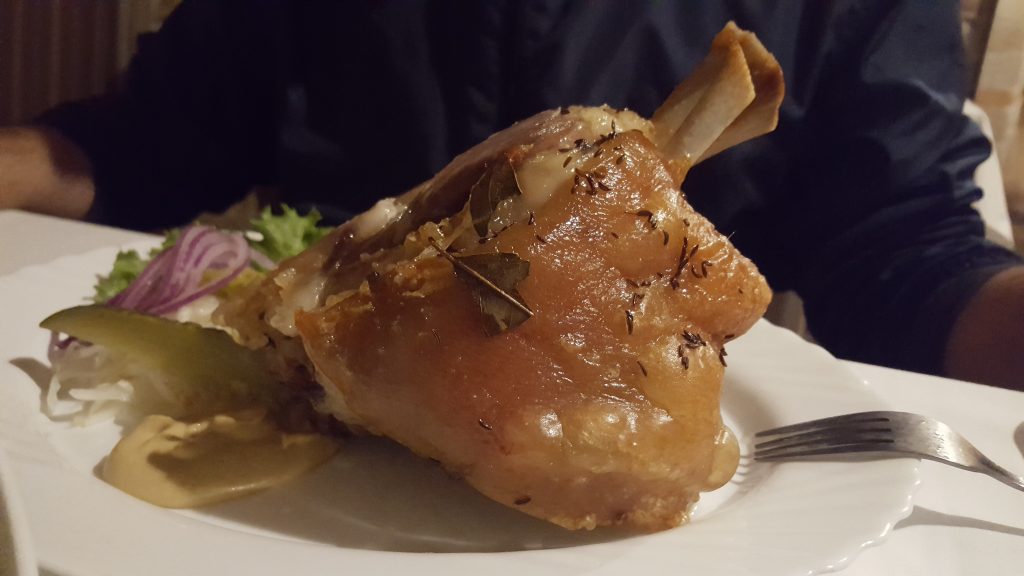 Okay this one isn’t food, but I did not want to leave it out of the list. Burčák is a young wine, that has only been to a part of the fermentation process used to create wine. The percentage of alcohol is lower than wine, and it tastes sweet and frizzy. You’ll only find burčák between August and November, since it is produced shortly after harvest season. Unfortunately the only picture I have is this one of Luis holding his plastic cup, bought on a farmers market. Here you go. 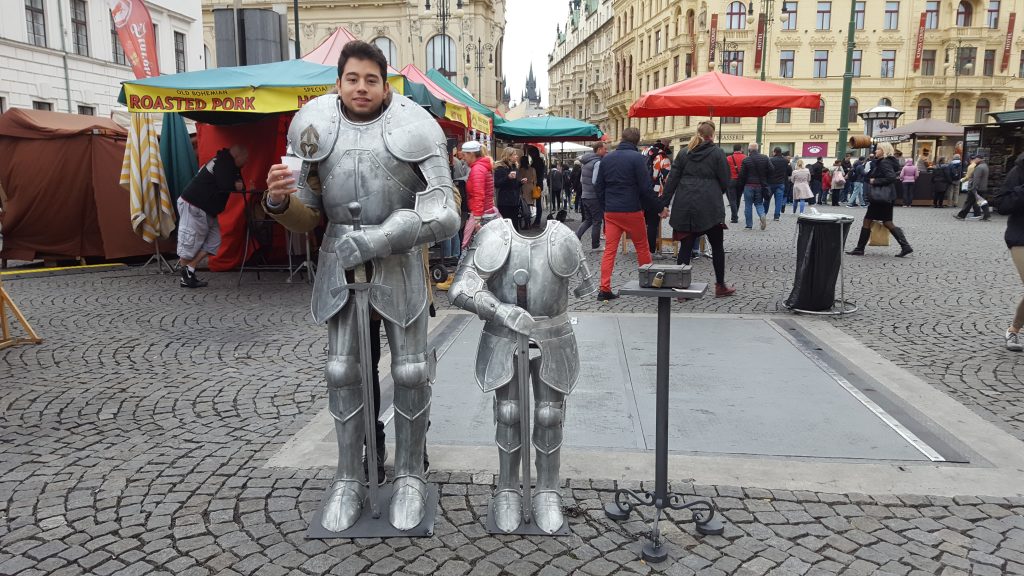 If you want to work online, you have to read this first Where to eat in Prague