Last weekend we went to celebrate King’s day in Groningen. It would be Luis’ first King’s day as a real citizen of the Netherlands. His first King’s day was in France, and his second King’s day he celebrated as a tourist. You see, it is important to pay attention to King’s day every year. No matter where you are, or who you are with.

In case you’ve never heard of it before, King’s day is one of the most important parties for the Dutch. Usually celebrated with King’s night on the 26th, a huge party. On the real day, the King will pay a visit to a city in the Netherlands, and there will be this official ‘Hey King, we want to show what our city does best!’ tour.  In other places, festivals and parties are organised. Another big thing is the vrijmarkt. People bring blankets, sit on the side of the street (all day long) and try to sell their old stuff, cookies or play a song. People are dressed in Orange and go out to feel patriotic. Usually followed by ‘I’m so glad this day is over’ as soon as they get home.

Not even a glimpse

This year the King picked Groningen for his official visit. My good friend Maries lives there, and invited us over for the weekend. Soon we found out they weren’t Royal-minded at all. But that didn’t spoil the fun. Our little getaway was more about having fun with friends after all. And for them to meet Sophia.

Maries doesn’t live far from the city center, so on King’s night we could enjoy bits of the music played outside. While Sophia was totally focused on the cats. 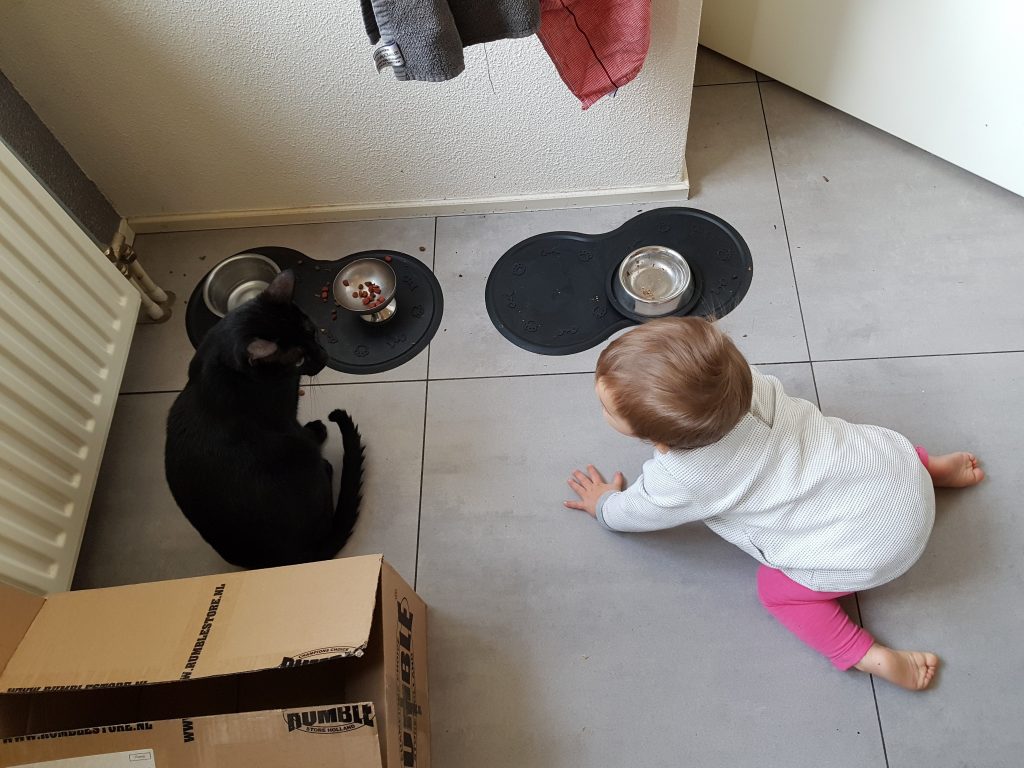 On the 27th we started watching the King on the television. His visit would last 3 hours, so we had the time to take it easy. Luis tasted Oranje bitter (orange liquor) and an Oranje tompouce (a Dutch pastry) for the very first time. 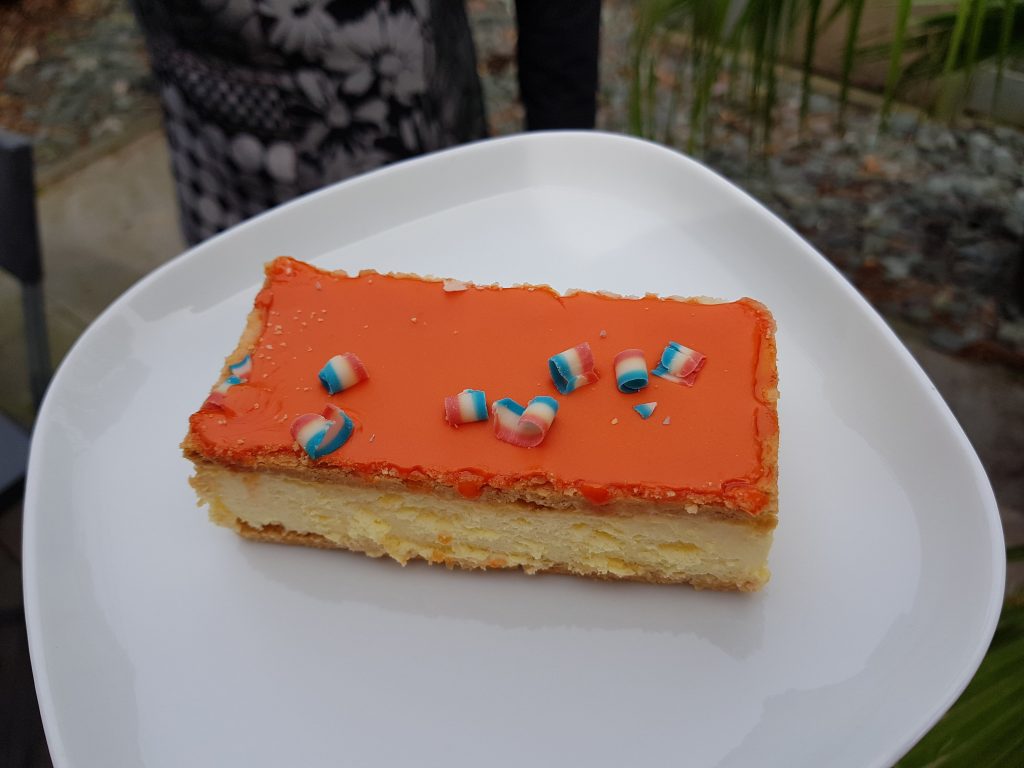 After Sophia’s nap, we decided it would be about time to head to the city center. I already knew it would be hard to get closer with a pram, but Luis was making a vlog, so he would try to get to the heart of the event. In the meanwhile, Sophia, Maries and me, were seated on a terrace enjoying Ice coffee. And a bottle of milk for the little one.

Luis joined us after a while. He told us how he tried to get close, but there were just too many people. He did not even get a glimpse of the King’s hair. A shame, but at the same time we are not that crazy about famous people. He is just a person of flesh and blood, like you and me.

It would be awesome to meet someone like that of course, but when talking about the big masses, I prefer to stay on the sidelines.

So, instead of taking selfies with the Royal Highness, we went to the vrijmarkt. Which had to be moved to a park, due to the King’s visit. This wasn’t bad at all. I liked the atmosphere and the people on blankets inbetween all the green.

Okay, enough of the Orange fest.

On our way home, we did groceries. Luis wanted to thank our hosts by making Mexican food, so Enchiladas were on the menu. His cooking was very much appreciated. Hopefully we can prepare them other Mexican treats in the future, or at least send the sauces we are planning to make this summer. If anyone knows how to send foods on large distance, please let us know.

Sophia had her own dish of broccoli, which ended up more in her chair than in her belly, I think. But she was happy as well.

After dinner we brought Sophia to bed. Fortunately she slept really quick, but it was not for long. The adults – feels strange to say this – were playing Risk and in the middle of the game, Sophia woke up again. Maybe because we were sounding a bit too excited. She was very sweet though, and we just switched her between us when someone needed to play war in the game. Luis had never played Risk before and really liked it. We couldn’t finish the game, because it was already pretty late. Soon we will play another time, so if anyone wants to join, feel welcome.

On Saturday we woke up and took our time again. Sophia was playing with the cats, clearly feeling more confident now. The rest of us has coffee and breakfast. After a while Sophia got really tired again. All of her naps she fell asleep as soon as she hit the bed, something she usually doesn’t do at home. We were impressed and I just had to take a picture of her little angle face. 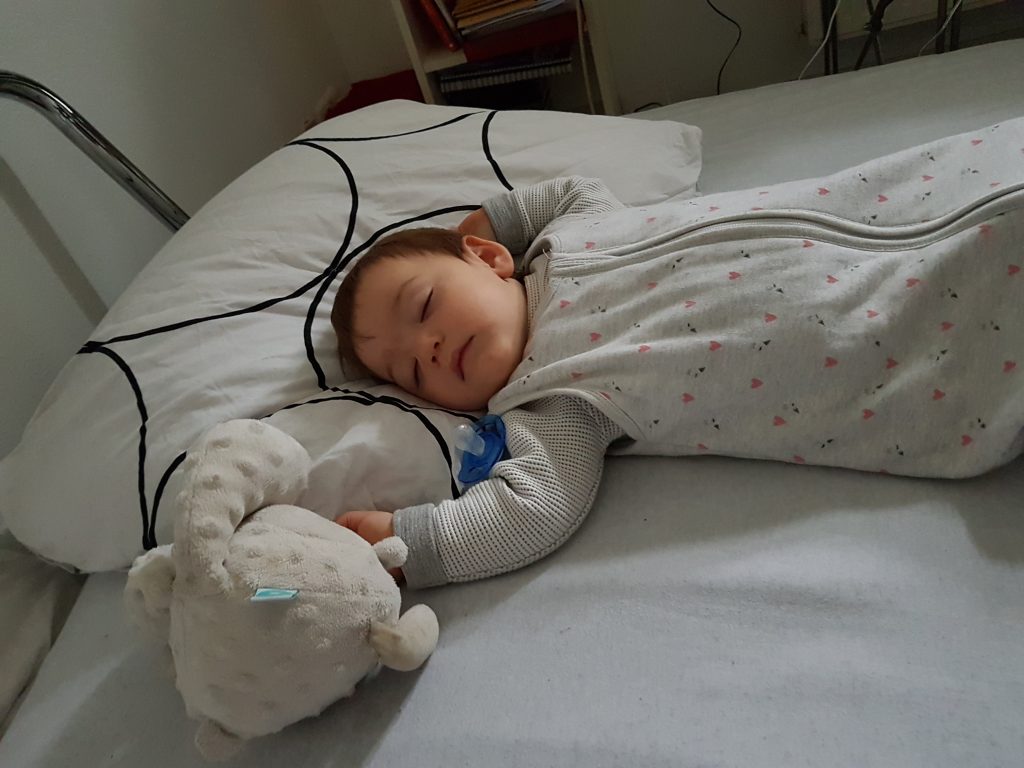 In the afternoon we went to Amazing Oriental, an Asian supermarket. It’s quite big and you can find lots of interesting things there. Luis wanted to make a video in an Asian supermarket, so it was the perfect place. I went crazy on shopping yummy treats, while Luis walked around with his camera. Check the video to see what we’ve bought.

We also found the 2x spicy chicken ramen! We’ve already seen a few videos of people taking on the challenge, so now it’s Luis’ turn. Does someone feel up to joining him?

Our food haul ended in the little restaurant attached to the store. Luis isn’t that familiar with the snacks, so we bought a little – yummy – variety. In the pictures you see a tuna empanada, rissoule with spicy chicken, bapao with spicy meat and our favourite, a lemper with chicken. 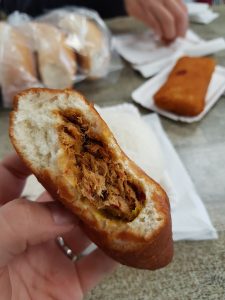 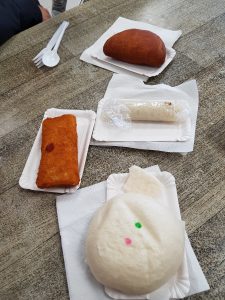 In the meantime Maries found out her bag with groceries got stolen. Who does something like that?! Rude. She went back into the store and bought almost the same products again, so she will be able to enjoy her Asian treats anyway. But still. It also started raining really hard, typical Dutch weather for a typical Dutch weekend.

It was getting late and we had to drive all the way back home. After Sophia finished her milk, we headed back south.

But not without a stop at Ikea! Luis is working on a project with seeds and plants, and Ikea has a type of stone he can’t find anywhere else. It was also dinner time. Luis and I shared a plate of Swedish balls, and we got baby food for Sophia. But as you can see, she prefered the broccoli from our dish.

Our trip ended with another must on my Ikea visits, a 50 cent hotdog. Fully satisfied we headed back home, all ready for a good night of sleep. 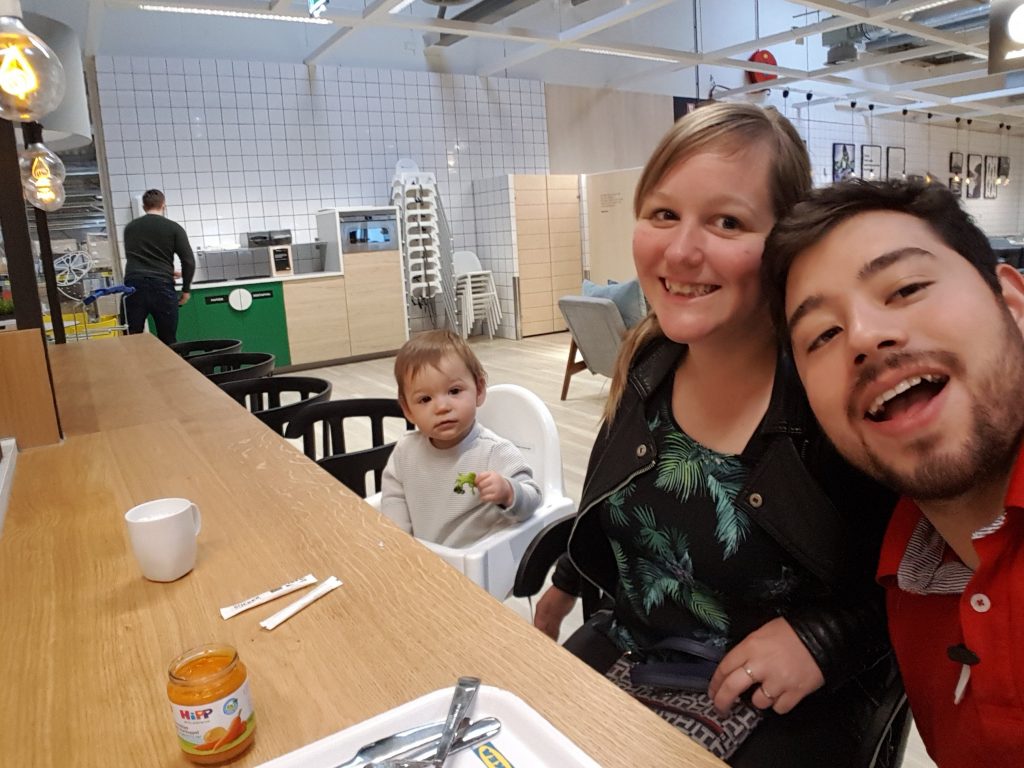 Ready to leave Belgium If you want to work online, you have to read this first